What an amazing story. A non-birder was walking along the River Colne at Stocker's Lake and saw a small water bird on the opposite bank. He didn't recognise the bird so took a photograph and sent it in to the Herts Bird Club. The bird turned out to be a Little Bittern, only the 5th for the county since 1900.

A number of birders rushed down to the area and searched until dusk but the bird could not be re-found. Then on the following day, June 13th, Steve Blake located the bird and sent the news out. I received a phone call from Joan Thompson and, when I had completed the survey work that I was carrying out, zoomed over to Stocker's and joined the gathering throng.

The bird was deep in cover and all you could see was a smudge of brown as it moved slowly through the reeds. Eventually the bird was flushed by some Grey Lag Geese and flew downstream. It was quickly re-located, this time in the open, and allowed a number of shots to be taken. 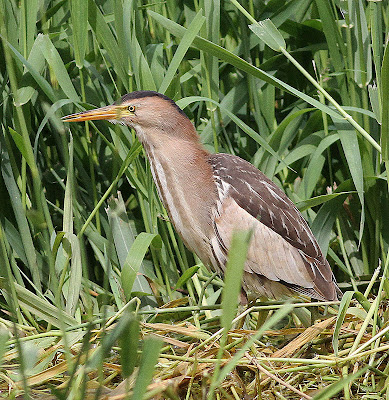 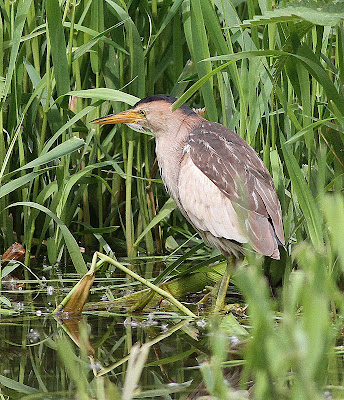 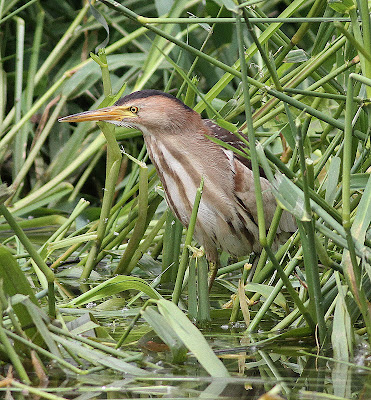 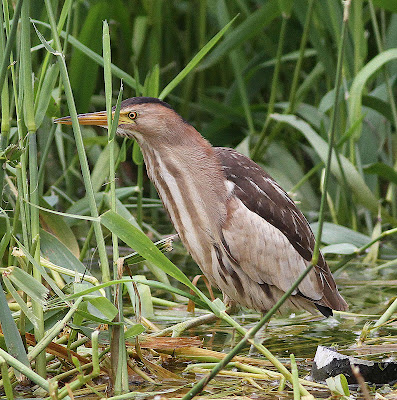 Posted by Seymour Birdies at 02:37